Marc Jancou Contemporary is pleased to present a summer group show featuring recent works by a selection of gallery artists.
Tim Berresheim draws upon the legacy of German artists such as Sigmar Polke and Albert Oehlen, the latter of whom he studied with at Kunstakademie Düsseldorf, by willfully pushing the boundaries of photography in a masterful juggling of media. In Future Gipsy Antifolklore VI the artist has expertly combined disparate visual elements with digital sophistication, producing a final composition that is both jarring and persuasive. With an eye toward the surrealism of artists such as Max Ernst, he has collaged disembodied, brightly colored arms with objects taken from popular culture to create a visual disarray that lends an elusive quality to the work, both intriguing and repelling the viewer’s gaze. For Berresheim, the subject matter has no actual value in itself, but rather serves to confound the viewer's expectations of the line between reality and illusion, authenticity and simulation.
Michael Cline’s Tunnel Boys is from the artist’s most recent body of work, a series of paintings and drawings depicting scenes of quiet domesticity that are at once poignantly familiar and disconcertingly surreal. In a manner consistent with these works, Tunnel Boys presents a scene from a narrative that is both intriguing and unnerving: we are given few clues as to the characters’ motives or intent. Executed in graphite on paper, the drawing exemplifies Cline’s masterful draftsmanship and keen command of psychological drama.
In Nick Lowe’s group of four new drawings, figures emerge from abstract fields of energy and color in four distinct ways. While the cartoon-like character of Swan and Middle Distance reveal Lowe’s interest in contemporary visual culture such as The Simpsons, his new works also testify to his ongoing engagement with the history of modern art— particularly Picasso’s mask-like faces and the melancholic droop of Picasso’s Blue Period protagonists, echoed poignantly in Lowe’s Slight Tilt. Drawn to newsprint for the fragility of its surface and the warm earthy tone of the paper, Lowe intuitively works his drawings with graphite, charcoal, acrylic paint and oil pastel, allowing his haunting figures to materialize organically from these frenetic abstractions.
Stephanie Taylor views the world through a semiotic lens, one that emphasizes the signs,symbols, and signifiers through which we communicate and experience. Her three works on display here each exemplify this preoccupation in different ways. Mug Thugs humorously presents the titular goons: “bandits" fashioned from personified glassware, a joke derived from the linguistic pun that occurs when one considers the word “mug”. Aspirin and Juice (Portrait of Kathryn Andrews) is similarly rooted in symbol and personification. Using objects of consumption to stand for human experience, Taylor achieves a poetic and unconventional portrait. Finally, her whimsical work Hopper plays with sensory and cultural expectation. Generally a symbol of lightness, softness and movement, Taylor’s rabbit is here inverted, a heavy, static bronze likeness that appears to embody the pitfalls of the Midas touch.
Jacques Louis Vidal endeavors to utilize and explore the power of chance and consequence in the artist’s ongoing relationship with material and medium. Comprising an array of different media, the artist’s oeuvre can be characterized by its firm pursuit of modification. Indeed, Vidal builds up surfaces, structures and compositions, ultimately detracting from and reassembling them at a later point, offering a contemporary view on the classical discussion of additive versus subtractive art creation. In Vidal's new group of drawings, the thematic content echoes his experimental working process. Indeed, these sensuous, organic compositions, hovering liminally between figuration and abstraction, present a vision of modern science - its products, both perilous and promising - that emphasize its innately inquisitive nature, and the inevitable dualities that arise from the modern drive to move forward in the name of curiosity.
Marnie Weber’s film The Eternal Heart visualizes the fantastical story of The Spirit Girls, the artist’s prolific ongoing narrative inspired by nineteenth century American spiritualism. The film was originally created for Eternity Forever, the artist’s site-specific project at the Mountain View Mausoleum in Altadena, California in the fall and winter of 2010, which comprised a centerpiece musical performance by The Spirit Girls, Weber’s ghostly rock group incarnation, a gallery show of collages, and a grave tour led by a menagerie of monsters. Drawing upon the low-tech qualities and haunting sense of wonder of early silent film, Weber’s work presents a whimsically morbid tale of reincarnation, longing, and fantasy, effectively probing cultural notions of death, love, and the grotesque. 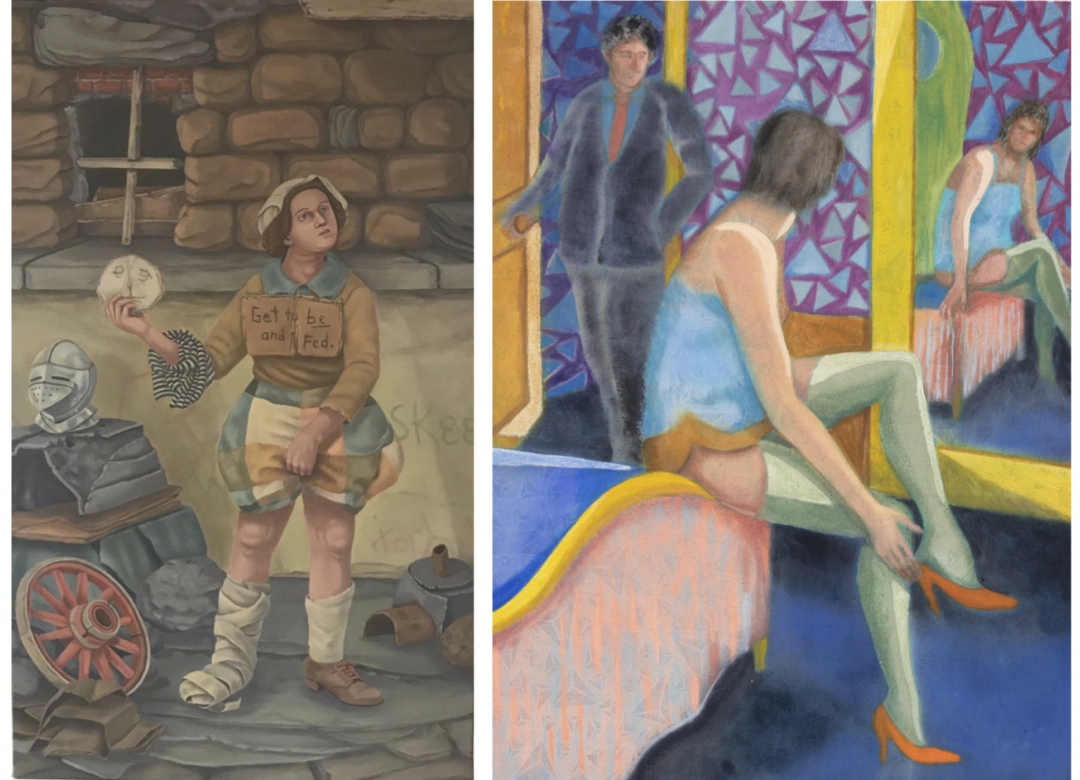