Combining representation and abstraction, Alex Brown’s drawings are based on imagery he selects from newspapers, magazines, and the web: a fraction of the many images from popular culture that bombard us daily.  However, unlike the photographs and advertisements that are meant to be consumed instantly, Brown’s drawings require us to slow down, to spend time with his interpretation of each image.  As critic Bob Nickas observes “These are [pictures] which refuse to yield everything in an instant.”[1]  Instead, Brown’s drawings reward patience.  They are malleable and open to interpretation, allowing each viewer to bring their own experience to the encounter.

The interplay of human and machine is a persistent theme in Alex Brown’s drawings, which comprise thousands of marks individually made by hand.  The contrast between the many hours of labor devoted to each drawing and the crudeness of the often mass-produced image is striking and perhaps ironic.  In these drawings, we see a human hand imitating a machine replicating a human image.  Their pixelated nature gives them a digital quality, but upon close inspection they are a wonder of detail and individuality.

Brown applies watercolor pigment using either a fine brush or a technical pen called a rapidograph, so that the paint functions as transparent ink, incorporating layers of marks beneath.  The resulting conglomeration of colored marks is an image that can only be perceived when the work is viewed as a totality.  Brown’s practice seems steeped in ostranenie, the literary technique of defamiliarization; his drawings adjust the way we consume images, inviting a deeper study of every grain, shadow, and figure that honors the patience and exactitude of the artist. 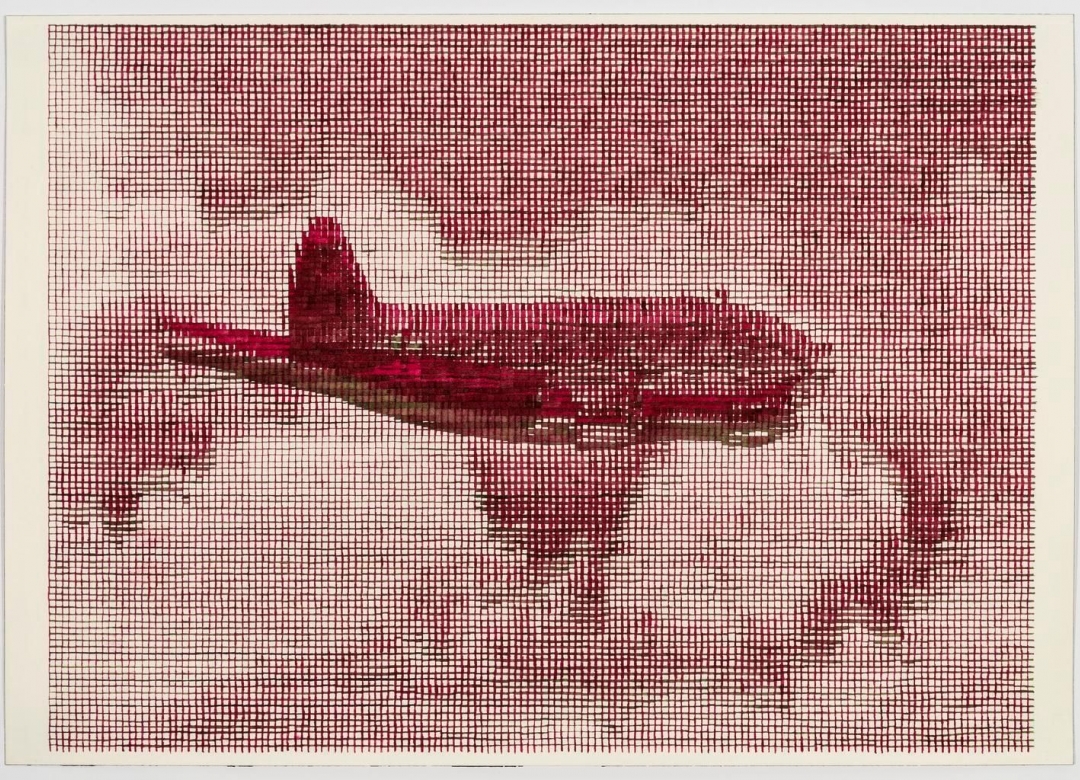