Alighiero Boetti’s (Italian, 1940-1994) embroidered Arazzi are among the most intensely eye-catching of all Conceptual art. They were created from 1971 to 1994 by Afghan craftswomen. Boetti arrived in Afghanistan, to where he travelled extensively, in 1971 and loved to spend time in Kabul, where he also opened the ‘One Hotel’ with his friend Gholam Dastaghir. After the Soviet invasion in 1979, Boetti was no longer able to enter the country but continued his work with Afghan women who lived as refugees in Peshawar, Pakistan. The craftswomen worked according to the artist’s designs, but used their traditional technique and were free to decide the chromatic combination according to their sophisticated sense of colour.

Marie Hazard (French, b. 1994) weaves to create her personal canvas and tell a story – her own and that of her time. The etymological origins of the French word tisser (to weave) highlight the significance of this traditional act, deriving from the Latin texere (to write). By choosing weaving as a medium, Marie Hazard is telling the story of a technique, of savoir-faire, of an ancestral artisanal production which she adapts to our present time. For Hazard, weaving is writing, weaving is telling, weaving is inventing a language.

By breaking text down into its constituent parts, each artist’s work exposes language to be a sophisticated but ultimately artificial arrangement of forms.

For appointments and for more information please contact :
Email: info@marcjancou.com 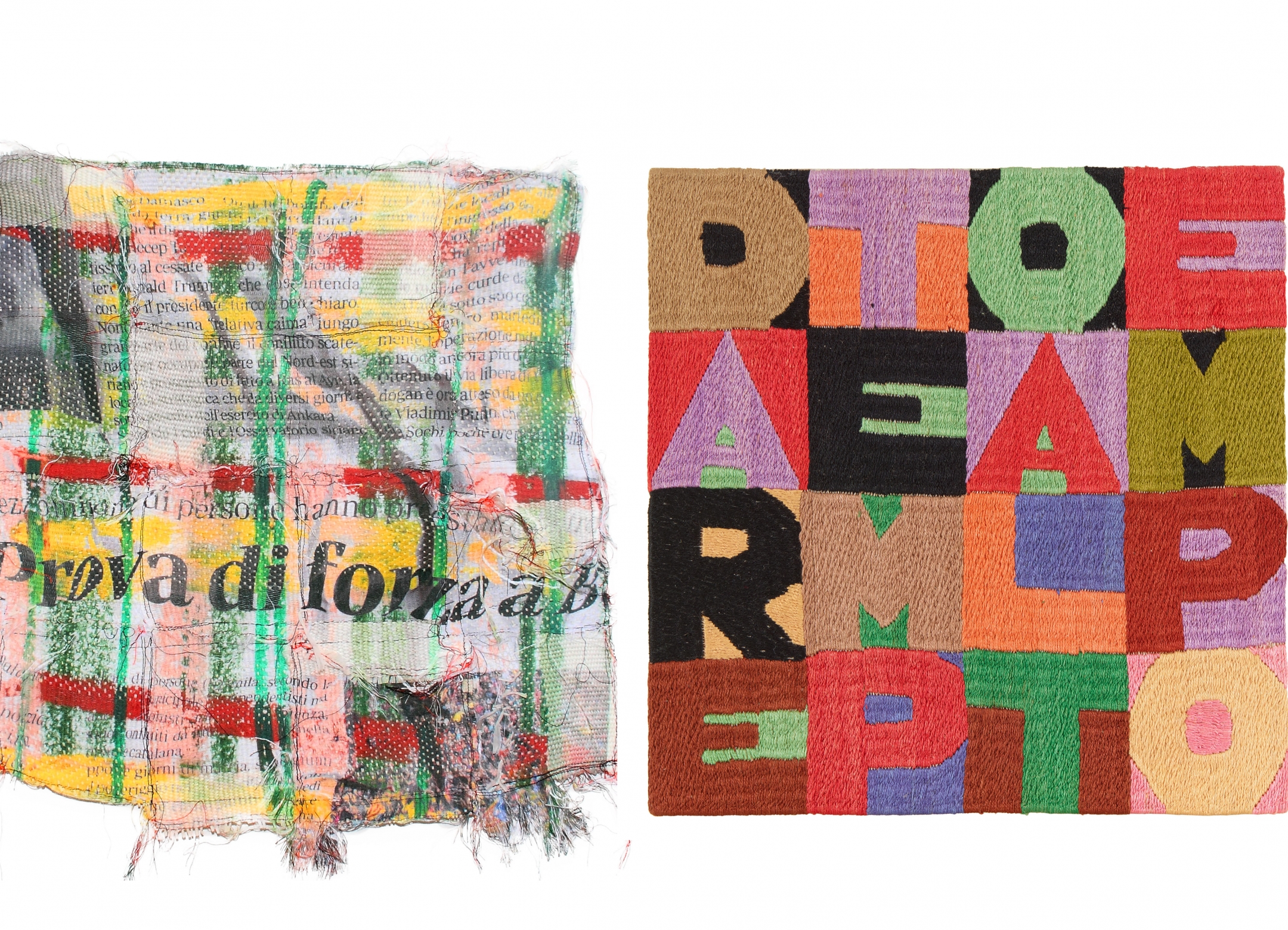